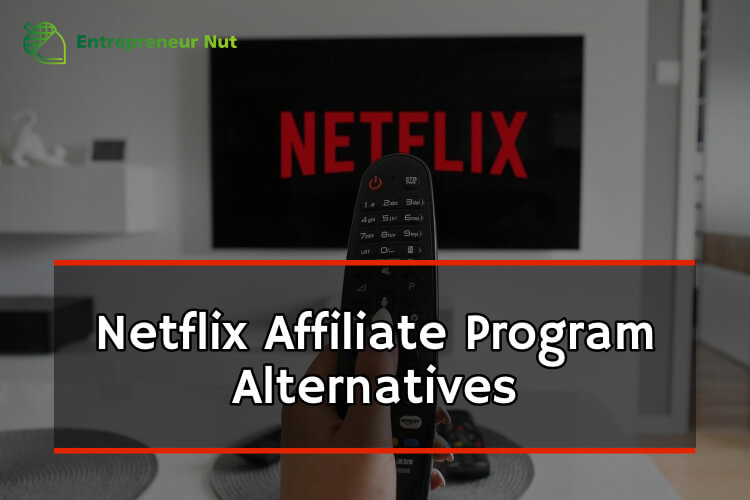 Netflix is the biggest movie & TV show streaming platform in the world.

However, Netflix has stopped its affiliate program for reasons that I’ll discuss in a few minutes. Fortunately, it’s not the only streaming platform that has an affiliate program, and there’s actually loads of opportunity for you to make good money promoting some Netflix alternatives.

Throughout this article, we’re going to take a look at the best Netflix Affiliate Program alternatives to help you find a great streaming platform to promote.

Once upon a timer, Netflix did use to have an affiliate program, but they decided to discontinue it back in 2014. The reason for this was because Netflix had become a globally recognized brand, so they felt that they no longer needed affiliates to promote it.

They made this decision, as they felt the affiliate program was hurting their profits.

In the day’s when they did have an affiliate program, Netflix would pay out a $10 referral commission for every customer that an affiliate would refer.

From an affiliate’s perspective, this was pretty decent as it was very easy to refer someone to Netflix.

However, you can also understand why Netflix closed their affiliate program as they can acquire these customers for free instead of paying $10. Although, it is quite annoying from the affiliate’s point of view.

More Articles To Check Out

Despite the Netflix affiliate program being discontinued, there are still some great streaming platforms that also offer affiliate programs. Netflix is also planning to raise their prices in 2021, which may mean that a number of subscribers may start looking elsewhere to get their TV show and movie fix.

This is great news for you if you’re looking for a Netflix alternative to promote.

Of course, these types of offers do not pay high commissions, but they’re definitely worth promoting if you’re in this niche, and some of them even pay recurring affiliate commissions.

Below, I’ve picked out the best alternatives to Netflix that also have an affiliate program. Most of these are also globally available, so no matter whether you’re in the US, UK, or elsewhere, you should be able to promote at least a few of these.

One of the most popular Netflix affiliate program alternatives is Amazon Prime.

Amazon Prime, which of course, is part of Amazon costs $12.99 or $8.99, depending on whether users want access to the other benefits like next day delivery.

It’s also got some great series and TV shows that users can stream from anywhere using their Amazon accounts including Arrow, The 100, Vikings, and more.

So, the offer is pretty attractive and also by a globally-recognized company, similar to Netflix.

This affiliate program is part of the Amazon Associates program, which you’ll have to sign up for. It pays a £3 ($4) bounty commission for every person you sign up for the trial, regardless if they then actually become a paying customer, which is pretty good.

Amazon Prime also lets users stream the English Premier League, so if you’re in the UK you can use that as an additional angle to promote it.

Philo TV is an on-demand streaming service that comes with 60+ channels ranging from MTV to BBC America. It costs $20 per month and also has a 7-day trial, so it shouldn’t be too hard to get people to sign up for it.

The Philo service is mainly for Americans, so that is something to keep in mind when promoting it.

Their affiliate program is hosted with the FlexOffers network. It pays out $1.60 per free trial sign up, and has a 30-day cookie duration.

FuboTV is a leading TV channel streaming platform that lets users stream all kinds of TV channels ranging from the news channels like Fox to Sports channels like ESPN. The pricing plans range from $59.99 to $64.99 per month.

It pays out a bounty commission of $15 per sale, which is pretty decent as it shouldn’t be too hard to get people to sign up for this.

Additionally, it’s also one of the Netflix affiliate program alternatives with a wide range of Soccer/Football & other Sports channels. If that’s something your audience is interested in, I recommend taking a look at the Fubo TV affiliate program. But, we’ll have a few more later on as well.

Sling TV is an American service that allows users to stream a range of TV channels including ESPN, CNN, Comedy Central, and more.

Their affiliate program is quite similar to the Netflix affiliate program, as it also pays out a bounty commission. However, the rate is $20, instead of Netflix’s $10, so that’s pretty sweet.

Their affiliate program is hosted on the Yazing affiliate network. They also have some information on their own site, but you can only access it if you’re from the US.

CBS All Access is a live TV streaming service that comes with a range of TV shows, sports channels, and on-demand episodes that users can watch.

It’s also on the lower side in terms of costs, as it’s only between $5.99-$9.99 per month. Plus, it has a free trial as well. This could make it easier for you to get people to sign up.

Similar to the Netflix affiliate program, it pays out a bounty commission of $9 for every person you sign up on a paid subscription. Their affiliate program is also easy to join, as there are no minimum traffic requirements.

Although Disney+ is primarily known for their children’s TV shows, and the Marvel superhero’s, it does have a wider selection of shows as well. This makes it a decent Netflix alternative that you can promote.

The affiliate program is hosted on the DaisyCon network and pays out a €5 (≈£4.50) affiliate commission for every sale you generate. That being said, the official page on the Disney+ website has recently been removed, but it may still be available within the network.

Apple TV+ is one of the newer alternatives to Netflix that has lots of on-demand series and movies that users can pick from. Some popular examples include Ted Lasso, Central Park, and See.

Again, it’s also very low-cost as it only costs £4.99 per month, so that might make it easier to promote.

Plus, the commission rates are also extremely competitive as Apple pays out 300% of the first month. So, in most cases that will work out to be around £14.97, not bad.

Their affiliate program is hosted on the Impact network.

If you have an audience that would enjoy award-winning movies, series, and interesting documentaries, AMC Networks could be a great option too. It’s hosted with the popular network FlexOffers and is also available on VigLink just like a lot of other affiliate programs on this list.

It also offers a 45 day sticky cookie period which is pretty nice too.

When promoting AMC networks, you get paid $1 per lead you generate.

Related: Review of the FlexOffers network

AT&T TV is another cool streaming service like Netflix. It has a wide range of TV series, movies, and sports channels that you can stream on the device of your choice.

Something that caught my eye though, was that it also has many movies available the same day as when they come out in the theaters.

The AT&T TV affiliate program is available on the FlexOffers network.

If you’re looking for a service to promote that is primarily focused on the US sports market, ESPN might be a great choice. It lets users stream pretty much every American sport there is such as Baseball, Basketball, Football/American Football, Soccer, Tennis, and more.

You can also stream some European sports like Football/Soccer and racing.

ESPN probably has the most comprehensive sports streaming offering on this list. The ESPN affiliate program is also hosted with the FlexOffers affiliate network.

Hulu is another alternative to Netflix that has a solid affiliate program. It’s extremely popular in the US, but sadly, it’s not available anywhere else.

It’s quite similar to the Netflix Affiliate Program, as it offers similar TV shows and series. Plus, it also offers a $6 commission for every user you sign up to Hulu Plus, which is similar to Netflix’s $10 commission back in 2014.

If you’re in the US, then this is an affiliate program to consider as it’s easy to promote and offers decent commissions. The only thing that isn’t so great about it is that only has a 1-day cookie duration.

Roku is a streaming player that is primarily used in the US and UK. Unlike the other affiliate programs on this list, the offer that you promote isn’t a subscription, it comes at a one-time fee.

On it, users can then stream a range of free channels like BBC Iplayer, or also paid services like Netflix.

The commission rate of this affiliate program is 5%.

Our final Netflix Affiliate Program alternative is ShowTime. Just like a lot of other affiliate programs on this list, ShowTime has a range of exciting movies, tv shows, and interesting documentaries.

Its affiliate program is hosted with Impact radius and pays out $7 for every sign up you make. This combined with their 30-day affiliate cookie is pretty solid and also quite similar to the Netflix affiliate program.

As you can see, there are quite a few solid Netflix affiliate program alternatives that you can promote.

Although Netflix would have been great to promote back in the day, we don’t need to lose sleep over then shutting down their affiliate program, although it must have been very annoying for the active affiliates who were promoting them at the time.

My personal favorite is ESPN and SlingTV as they pay great commissions, are affordable for your referrals, and has some great shows too!

Steve West has been an online entrepreneur since 2013. He specializes in SEO and affiliate marketing. Besides running his online business, he likes hiking, keeping fit and eating cookies (which is why he needs to keep fit!)

Please be aware that we may receive commissions when you click our links and make purchases, at no extra cost to you. However, this does not impact our comparisons and reviews. We try our best to keep things fair and balanced, in order to help you make the best choice for you. 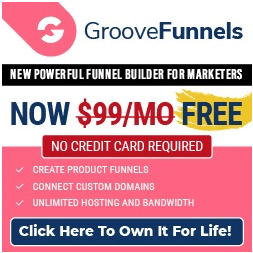 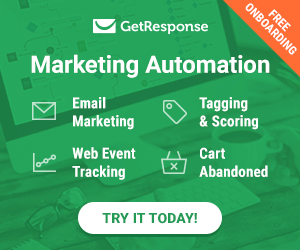 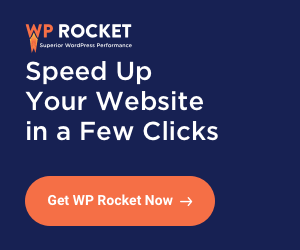 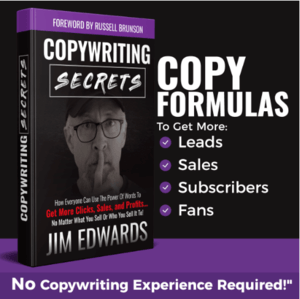 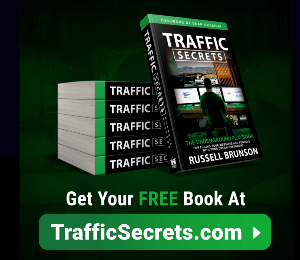 Disclosure: This blog contains some affiliate links. That means if you click a link and make a purchase, I may be compensated for the referral, but at no extra cost to you.

Please bear in mind we may receive compensation when you click our links and make a purchase at no extra cost to you. However, this does not affect our comparisons and reviews. We try our best to keep things fair and balanced, in order to help you make the best decision.

As an Amazon Associate I earn from qualifying purchases.

Want My List Of 130+ Affiliate Programs That Pay You Every Single Month? 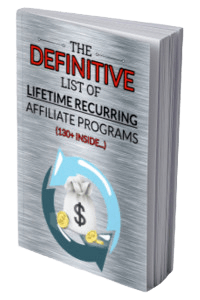 Thank You For Subscribing!

​Check Your Email And Hit The "CONFIRM BUTTON" To Receive Your Gift!